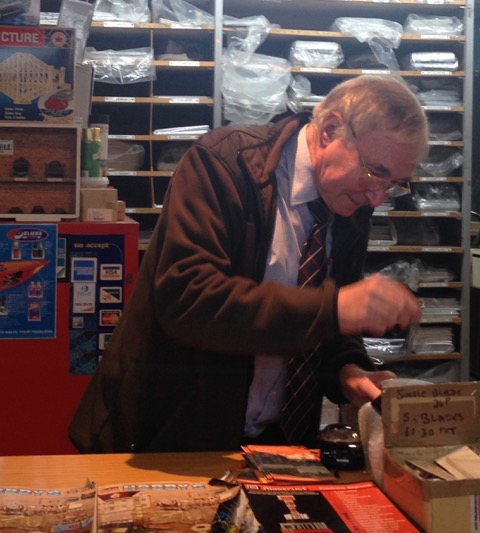 It’s Spring and FEAST is back! And so our intrepid reporter set off once more to explore the streets of West Norwood, meeting local traders. 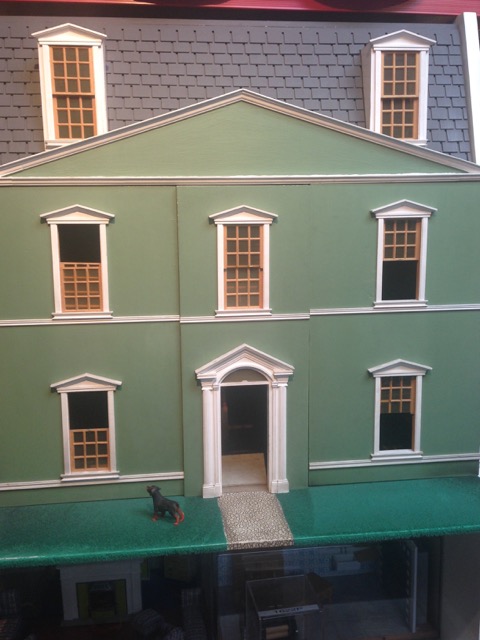 Presenting Hobby’s, a family business for model makers and hobbyists since the 1950s. Stray behind Knight’s Hill into the quiet streets of the industrial area to find their large warehouse – the location of Hobby’s retail and wholesale since the 1970s. Following the sign to the shop entrance reveals a bygone era showroom with a hotchpotch of doll’s houses, matchstick models and power tools for model making. This belies the fact that beyond the counter and out of view of the customer, lies a comprehensive selection of model making and hobby stock. Behind the scenes, there is a 15-strong team busy servicing the mail-order side of the business, sending out goods nationwide and internationally. So if you have popped into the showroom to browse, make sure you look at the annual catalogue. Ask, and a member of staff will source what you choose from the warehouse. To give you an indication of the shelves and shelves of items nestling in West Norwood, the 2017 catalogue boasts 324 pages, ranging from model planes, boats, railways, crafts such as glass engraving and candle making, and a large section on the fittings to create a doll’s house – everything the dedicated model enthusiast could desire. But also lurking amongst the specialist model making goods, there are items for the gift hunter or budding hobbyist – wooden self-assembly kits, remote-controlled toys and 3D puzzles to name just a few. 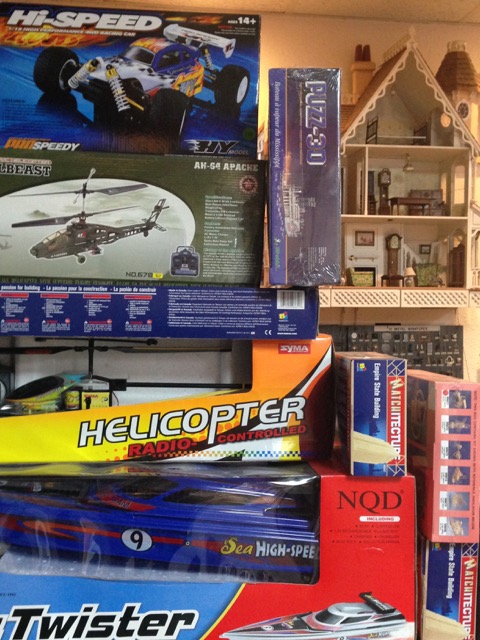 The origins of the business go back to the glory days of hobbying. Owner Mike Crossland explains how his father WF Crossland, who was station master at Tulse Hill, was persuaded by a Swiss relative to sell 50 musical movements (for the uninitiated, these are the musical parts that can be used in toys, boxes, clocks and models). He first placed an ad in Practical Householder, the business took off and eventually he opened a shop at 202 Tulse Hill. When his father retired from the railways, he took new premises at 109 Norwood High Street trading under the name of Swisscross, playing on the Swiss connection and family name. 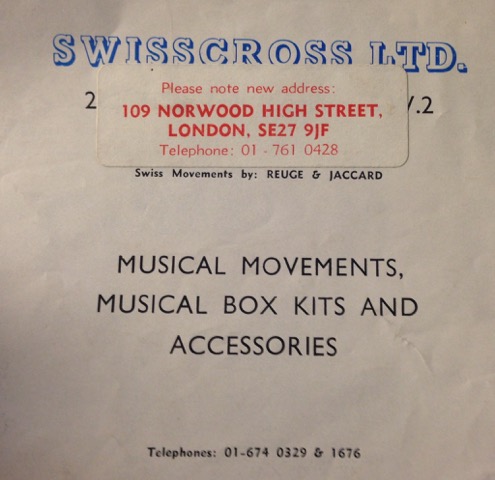 Eventually they expanded to 62 Norwood High Street and changed the name to Hobby’s to reflect the widening of their stock. Mike comments that those early days of the business were an era when people made things in their leisure time, pre-digital revolution if you can recall or imagine life then. Now, he says sadly, some of the model making high street shops Hobby’s supply are closing – a sign of the times. Mike expands: “People also made things because they couldn’t afford them”. Nowadays, model making is a niche market catering for a distinct community. It’s a labour of love to create and decorate a doll’s house – you don’t do it because you can’t afford one. Indeed, the components available for the larger scale doll’s houses have become more sophisticated, with designer wall papers and carpets, and even electric light fittings! 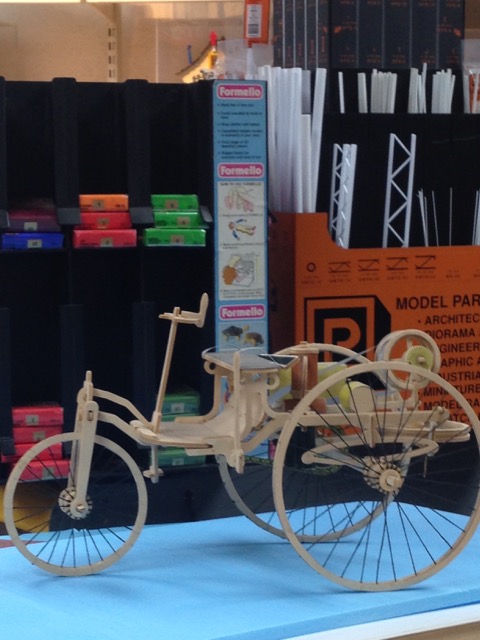 So, who are Mike’s customers in the here and now? Not surprisingly, many are older generation. A lot of regulars have worked with their hands all their lives and now they have retired, immersing themselves in a making project. Then Mike smiles sheepishly, there are quite a few living courtesy of Her Majesty, either buying direct or via the prison shop! A fact confirmed by a heartfelt “thank you” from a former prisoner on their FB page. And what are their most popular items currently? Well, the biggest seller is matchstick kits, where you stick matches onto card templates to make a model. In fact, Hobby’s create and package the kits themselves; sometimes using the design suggestions of their model making regulars. Galleons are very popular – model ships such as the Cutty Sark. And musical movements still feature in the catalogue as a throwback to the company’s origins. There are some sweet self-assembly wooden music boxes for children. Mikes smiles – in the 1970s, they used to supply musical movements for ice-cream vans. 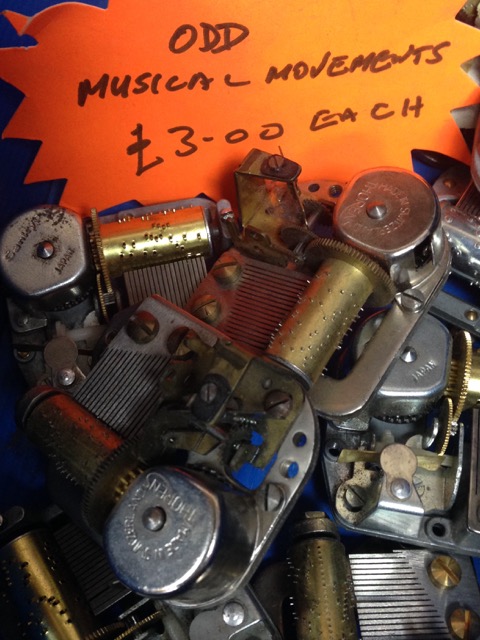 So how about tech… the digital market? Mike comments that they don’t stray too much into tech as you need to service enquires when a customer gets stuck. Also, it’s a highly competitive market. He is content – they have expertise in physical model making and have the know-how to support their customers, but they are on a continual quest for new stock. Mike has been a regular at Nuremberg Toy Fair, staying at the same hotel over a 20-year period. Now, his son goes to what is the biggest toy fair in the world. Fairs provide a great opportunity to meet suppliers and search for latest toys. Mike remembers with satisfaction stumbling over 3D foam jigsaw puzzles at an American toy fair. It was a totally new concept at the time and he promptly bought £8000 of stock from the small Canadian supplier, sold it all and ordered another 11x 40ft containers worth. Eventually, Hasbro broke up the party by taking over the supplier!And then it was time to leave Mike behind the shop counter. Our reporter left musing over a quote from the catalogue: “Happy is the person with a hobby for they have two worlds to live in“. 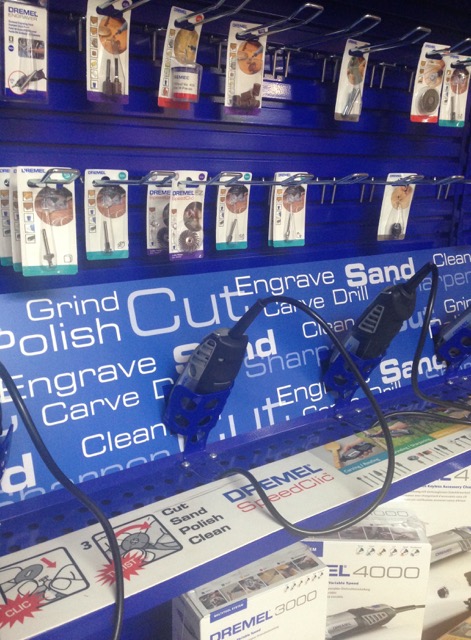