Our thanks to all contributors

Thank you to everyone who sent in entries to West Norwood Foto. One hundred and thirty eight photographs were submitted. And some more have just arrived! Our judges viewed the online gallery to make their decisions based on relationship to theme and composition. Age wasn’t taken into account and some of our winners/special mentions are under 16. The youngest entrant was 7 years old.

After careful consideration, our judges have made the following selections; 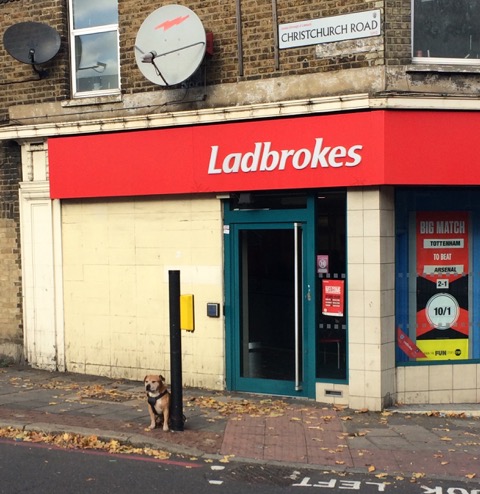 “An interesting and melancholic photo, with almost surreal elements to it. It also makes a social commentary.It touches upon the concept of street photography, which is seeing, and putting together elements as disparate as a dog, a broken pole, and a gambling den to create a visual message to goes out to the viewer and offers itself to multiple interpretations”

“A classic documentary photograph in the sense that it captures something both fleeting (doggie) and unmoving (architecture).  It also allows the viewer to ponder on the folly of gambling!” 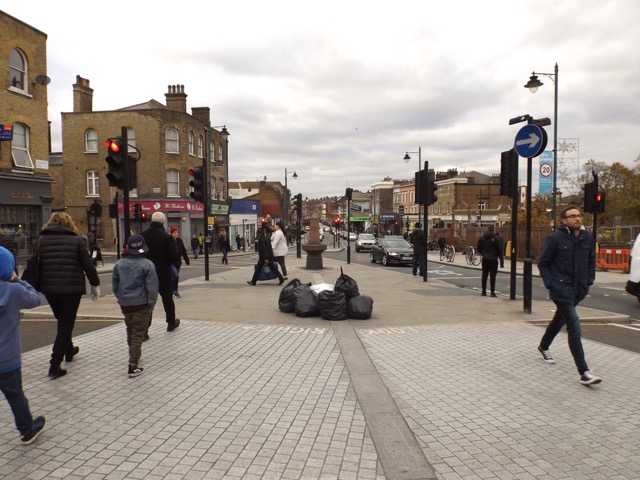 “It is the dynamic composition of this photograph that attracted me to it. It seems to embody the essential components of street photography (spontaneity, composition and wit among others), and best interpreted the street theme of the competition.”

Janet Haney for mobility scooters and John Nott for St Lukes Church. Janet’s photo is full of humour and could have been second, and John’s photo is technically sound, although it is the kind of photograph seen in many photography magazines.

“It was a very difficult balance between choosing a great looking photo and one that really said community – some of the images that were visually strong didn’t really say community to me. Also, as it is community there were often pictures with lots of people and lots going on in them, which sometimes made for an images with no obvious focal point. There were some strong images though and it was a hard choice” 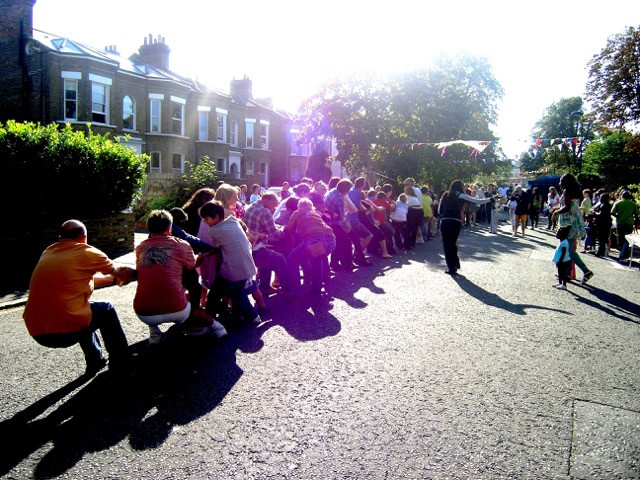 “It was a very tough choice but I kept coming back to this image. I love the fact that it is a proper community effort – literally everyone pulling together. A great interpretation of the theme. I love the strong diagonal which means that the image works despite the number of people in it as the eye is guided through it. This, combined with the people’s positions which show the effort they are putting into pulling, also adds dynamism and excitement. While the strong sunlight does in some ways make the image less “perfect” I find the texture of the road, the strong shadows, the purple lens flare and the burnt out sky all make for a visually compelling image. Overall, I felt this image had a balance of saying the most about community while also being very visually interesting” 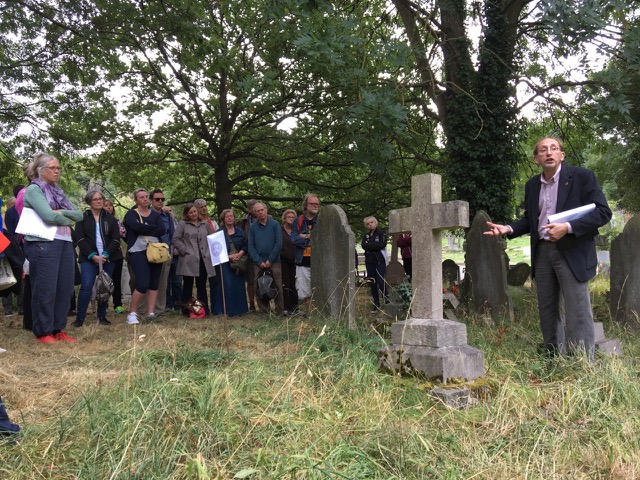 “Thematically I really like the idea that the Friends of West Norwood Cemetery are keeping the dead involved and part of the community by their events. Visually, I love the pose of the speaker and the composition of the thin band of people surrounded by the greenery.” 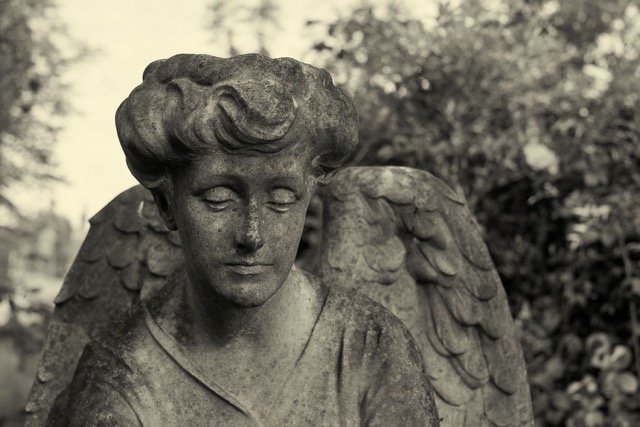 “The Black & White takes out realistic greens of lichen, blues of sky and greys of stone making the photograph become more of an imagined picture and less of a documentary shot.  The composition is poised and gives the impression of a graceful portrait of a real woman dressed up as an angel not unlike an old Victorian photograph by for instance Julia Margaret Cameron” 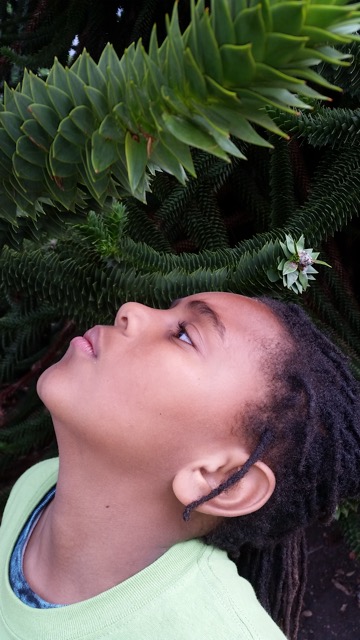 “This picture bravely places an unusually slight moment at the centre of the picture there by taking the viewer’s attention to a sight easily overlooked.  A child’s encounter with spiky plants suggests a schism between the internal place suggested by their expression and a spectacular plant perhaps not native to West Norwood.”

Freddie Witchell for a compelling portrait of a stone face.  The effect drew the judges attention for a long time.  For his next pictures, Hermione would recommend working on composition.

This went to Hetty Lalleman’s charming photo A Tight Knit. The photo was taken at Feast on the Tea & Talk Table, a space where people can sit and have a free cup of tea and a chat. It embodies all that is lovely about Feast! 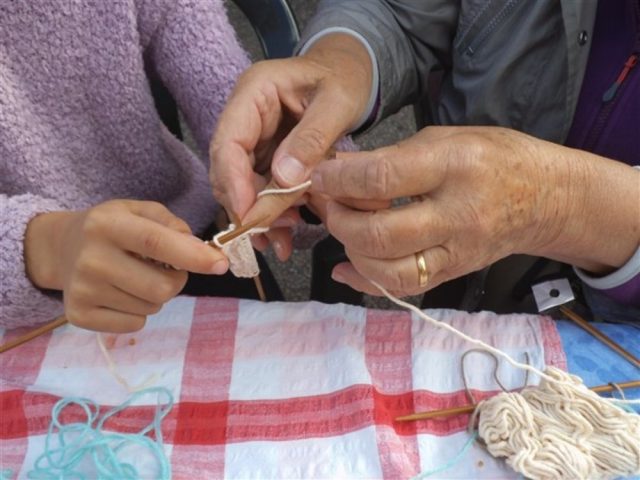 Our thanks to our local business sponsors for providing the prizes 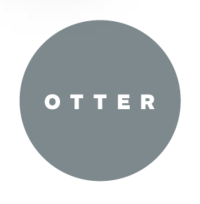 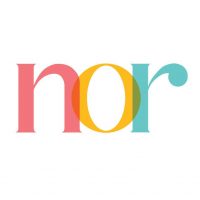 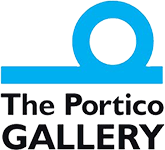