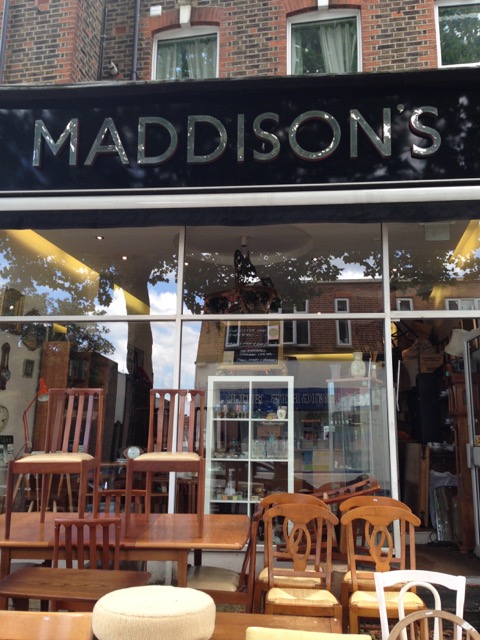 If you are a dedicated bargain hunter with a passion for second hand goods, then Maddison’s is a treat. The forecourt is a jumble of furniture. Inside, the shop is crammed with bookcases, chest of drawers, desks. The odd chair dangles from the ceiling. All of this is interspersed with bric a brac. It’s the type of shop where you need to look carefully and rummage; hard to manoeuvre around, with little focus on presentation, certainly worth peering behind bulky items for hidden treasures. 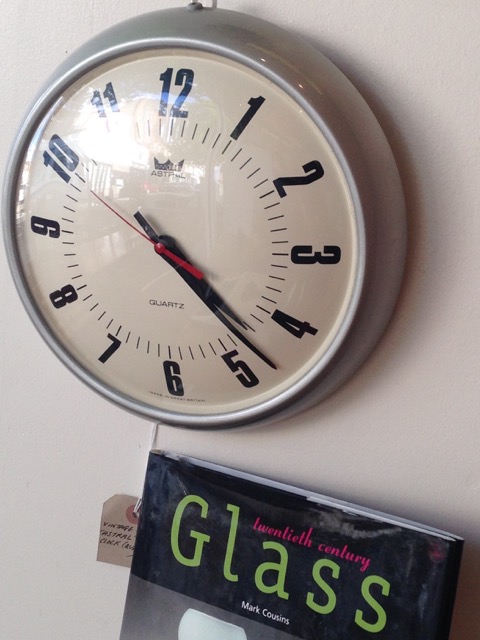 Whilst our intrepid FEAST reporter was talking to owner Ian, a steady stream of people browsed or purchased. The last was a young man who happily carried off a working typewriter. Ian commented he has regulars who pass by every couple of weeks. Each has their own particular interest, be it 50’s furniture, records, vintage cameras. And tellingly, about 35% of customers are trade. Note. You have been tipped off – because these are dealers looking for quality goods to sell on in their shops. 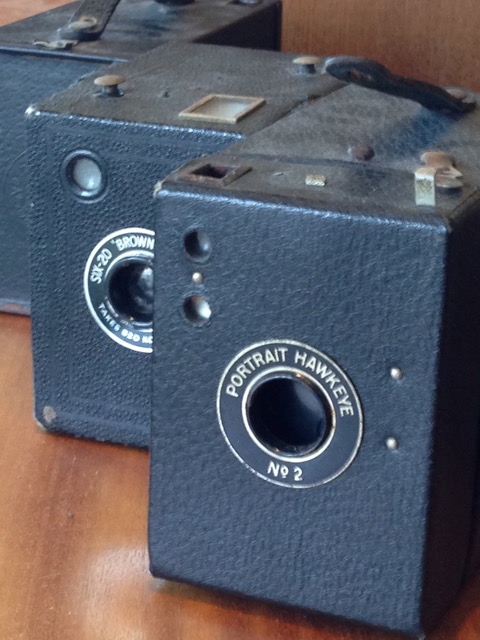 There are historic links to nearby Roseberys. Ian was first introduced to Roseberys by his antique dealer dad, keen to settle his son into the world of work when he returned home from travelling. For 11 years Ian worked at Roseberys; initially selling catalogues, becoming a furniture porter, cataloguing and doing bits of valuation work. When Roseberys began concentrating on higher value antiques, he saw a gap in the market. In 2003, he set up shop in a former butchers called… yes…Maddison’s. The name stuck. He took the original shop sign with him 4 years ago when changing premises. 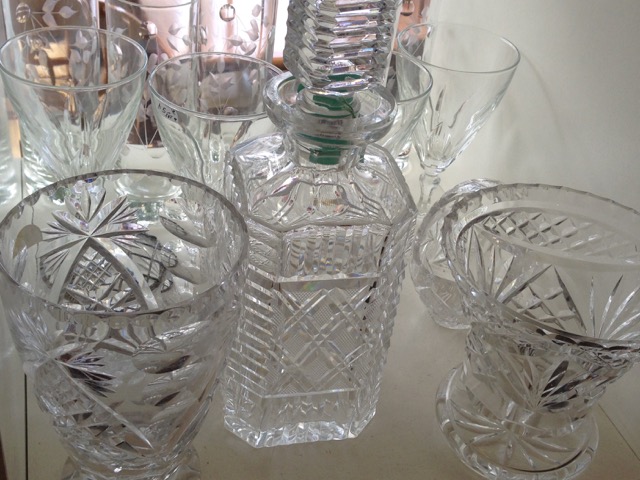 So where does Ian get his stock? Well, about 85% comes from house clearances. Which explains why Maddison’s mid week opening is ad hoc – Ian will be out doing clearance or downsizing work. Call ahead to check opening, but Saturdays in the shop is the busy day – always open with fresh stock. Ian looks wistful “Its amazing how much people amass over a lifetime”. He recently cleared a massive 7 tons out of a studio flat.   Inevitably some of this stuff goes to the tip (one property contained 30 broken kettles, another a collection of cheese labels from around the world). However, he recycles as much as possible. To that end, Maddison’s has an on going relationship with neighbouring charity shop Emmaus. Ian donates over a van load a week to Emmaus; mainly lower value items like books. In contrast, some of the vintage curios now goes to Mabel’s Five and Dime. This is Maddison’s new sister shop, based in Sydenham. 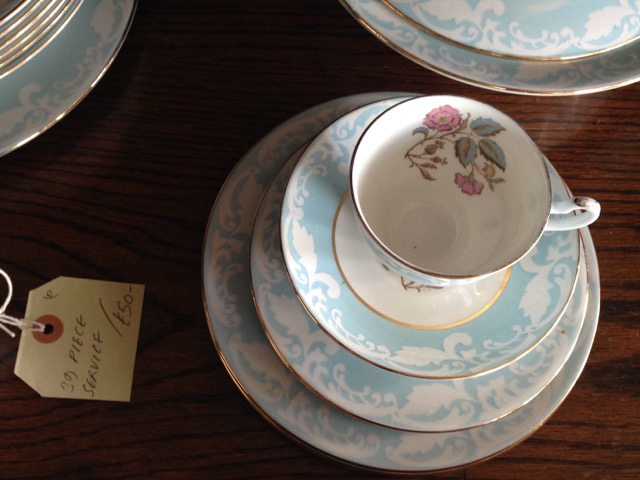