For this edition of the Insider’s Guide our FEAST reporter went to the beating heart of Norwood Road to visit long standing West Norwood business – Buywise, the pet supplies shop.

Pushing open the door, you are greeted by an Aladdin’s cave of pet wares accompanied by a distinctive waft. A first glance reveals bags of seeds, tinned food, chilled food, toys, shampoos, medicines… the bone-shaped dog treats, a visual reminder that all of this stock is for a whole host of pet animals: dogs, cats, birds, rabbits, hamsters, fish… 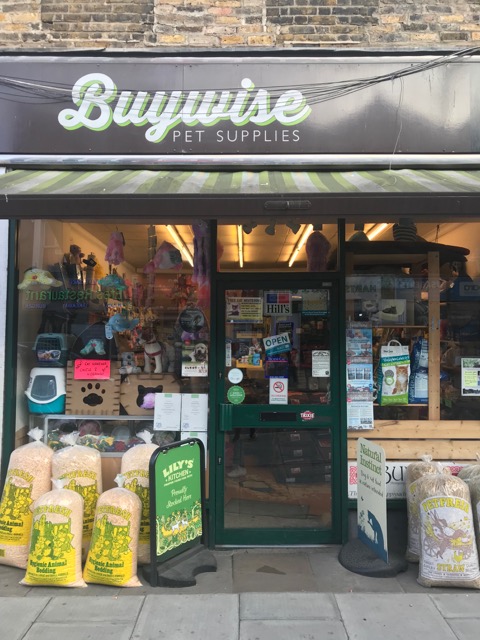 Now, in the local pet owning community there seems to be a lot of love for this shop. So, what makes Buywise unique? Owner Colin gave a tour of the shelves. It was quickly apparent there areproducts not available in the supermarkets. For example, the shop boasts a freezer full of RAW food – food that dogs would have eaten in the wild, a bit like the diet of foxes – meat, veg, bone and fruit, but all ground up. Colin stocks the brand Natural Instinct, which has been selling well. When he first introduced it, people came saying their dogs loved it, they were healthier, their coat was shinier. He hastens to add that it isn’t the case for all dogs; it depends on the dog, but there has been an overwhelmingly positive response. 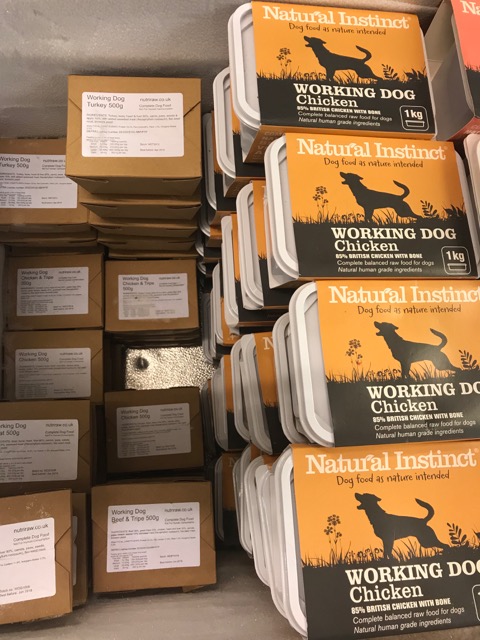 Then there is the fact that the shop can boast its own brand of pet food. A whole section of shelves are dedicated to Montys, the dog food Colin launched about 8 years ago. The picture on the front of the bag is Colin’s former dog. His son, who was still at school at the time, designed the label. About 2 years ago he introduced a grain-free version for owners wishing to feed their dogs a more natural diet, closer to the meat diet their ancestors ate (grains such as corn, wheat and rice used in dry pet foods have been linked to pet allergies with symptoms like upset stomachs). At the same time, he added cat food to the Montys range. 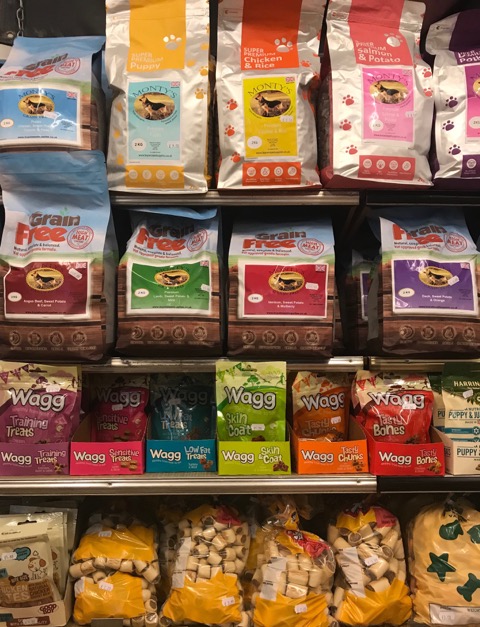 Any recent innovations? Well, Jacqueline, Colin’s wife, has become involved in the business over recent years, having retired from her career in project management, and she is brimming with new ideas. One was pre-wrapped pet presents for Christmas. Colin comments that they are more imaginative than what supermarkets offer. Jacqueline gets in special products and they both hand wrap them at their kitchen table, setting up a production line in the weeks before Christmas. Last year they were so popular that people were coming in for them on Christmas Eve, although they had already sold out. So, get in early folks.

But Colin believes their biggest asset is offering a personal service. Customers often come in for advice because the staff have worked there for years and know their pets. Brenda, the manageress, is a trained animal first aider, also known informally in pet circles as a cat expert. Colin himself has done courses on fishkeeping. He points out that this is in sharp contrast to chain stores such as Pets at Home who don’t have staff with pet knowledge. He adds: “We are here to make a profit but not money out of people. There is a difference. I will stop enthusiastic new pet owners from going mad on gear when they have just got a kitten.” 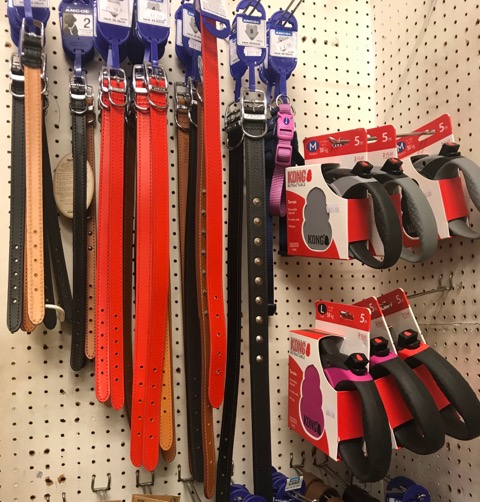 Another factor contributing to the reputation for good service is the fact they offer home deliveries, covering a wide area from West Norwood to Anerley. This service was prompted by customer demand years back. Colin expands: “It started with cat litter – people were saying they can’t buy it because its too heavy.” So, Colin offered to drop it off and then it evolved into a formal delivery service. This takes place on a Thursday and includes an evening slot to fit in around people’s work commitments.

For the record, the shop has a loyal following with local dogs! Colin smiles: “We have dog treats at the counter. Owners often get dragged in when they are walking along the street. Sometimes we have wet nose marks on the front door from passing dogs looking in.”

Intriguingly, there is even a contingent of non-pet owners who frequent the shop. “Why?” you may ask. Well they are bird-aware locals who like to feed wild birds in their gardens – so Colin stocks a range of bird food. 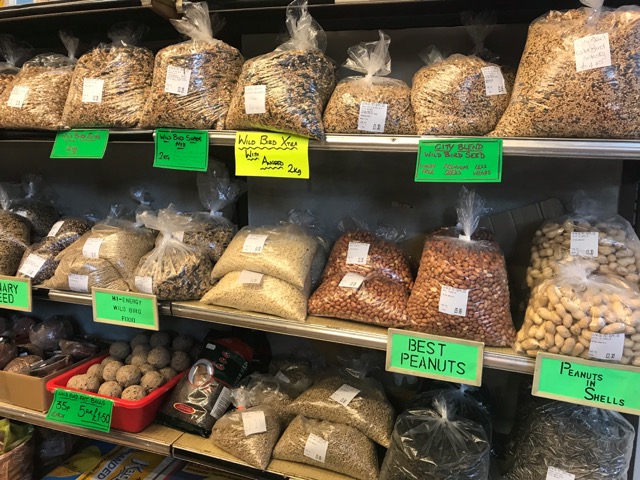 And on to a burning question… how did Colin get into the niche world of pet products?

His journey involved a mixture of sheer grit and luck. Colin explains: “Initially, the shop was a drug store.” He took it over in 1988 when it became available – back then he had been a sales rep for Beecham toiletries. “My parents had shops and I wanted to be my own boss.” But he knew it was a risk – it involved selling his house and moving in over the shop with Jacqueline. Just how big a risk became a nasty reality when Superdrug bought the furniture showroom, H Day and Son, a few doors down. He nearly went under. Colin recalls wistfully: “It was a stressful time. I was on course to lose my livelihood and home.” 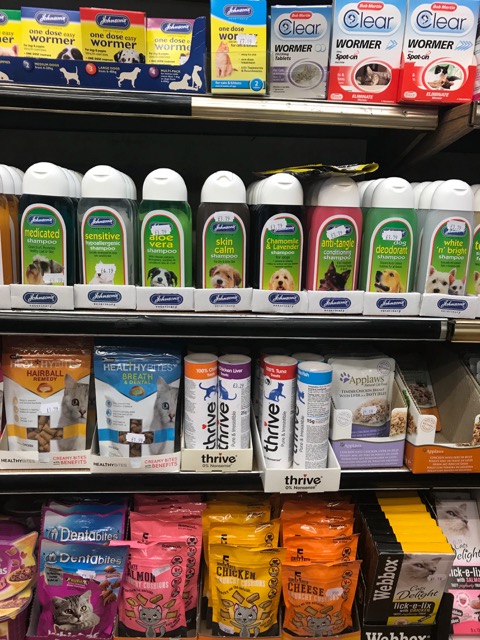 Then one of those fluke moments that life can throw your way… a Dr Scholl sales rep asked if Colin wanted a display stand promoting pet treats (Scholl had just taken over Hartz, a pet company). The salesman wasn’t having much luck persuading shops to take the stands, but Colin had nothing to lose so he said yes. Which brings us onto the twist of fate… the stand sold out in just 7 days. Once West Norwood pet owners were coming into the shop for the treats, they started asking for other pet products. To respond to demand, Colin went along to Southern Animal Foods, a wholesalers that used to be in Mitcham. He laughs in recollection. Outside was a Hells Angel with a large black Shepherd dog – and a big sign proclaiming “Pet Shop Owners Only”. Colin came clean and explained his predicament and the guy, who he came to know well was happy to give advice. With Ken’s guidance and feedback from customers, Colin gradually introduced pet supplies into his shop whilst the toiletries and household items were phased out. 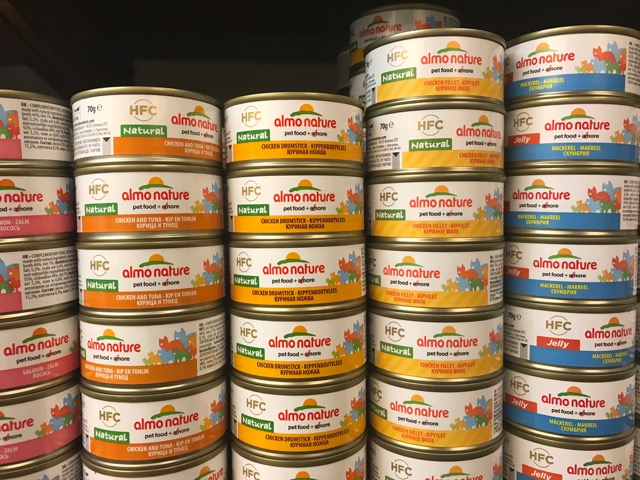 It got to a tipping point: “Pet owners wanted more and drug store customers drifted off, some mentioning the smell!” So, he took the plunge and converted over to pet supplies. This was around 1993. And he hasn’t looked back… steadfastly building his knowledge of the stock by signing up for trade mags, listening to customers, learning from sales reps. This historic flexibility and attentiveness to customer feedback seems to have served the business well. 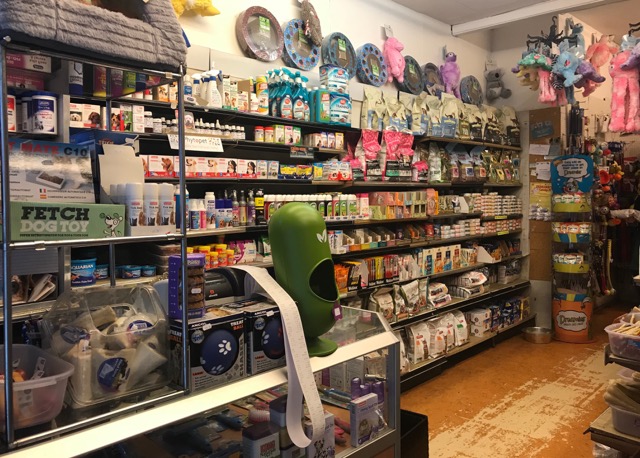 Lastly, the highs and lows? The lows of running the business had been touched on – the loss of income due to external factors. Unfortunately, this has reared its head again. The shop is now struggling with the recent removal of parking bays out front.

The highs of the job? A quick response: “When you get feedback from customers who really like the service. The best part is when someone comes in who has been recommended by a friend and you know the person who has made the recommendation. That makes your day”. Colin is rightly chuffed with the well-earned Google reviews.

And with that, reflecting on the hard work and dedication involved in keeping a shop going, our FEAST reporter headed back out to Norwood Road. Let’s hope we can keep our shopping street thriving.