Introducing B’s Balloons, West Norwood’s very own balloon and party suppliers, nestled on the corner of Bloom Grove opposite the cemetery. Our intrepid FEAST reporter stepped through the cheery bright-pink door to talk balloons with owner Bev and business partner Julie. 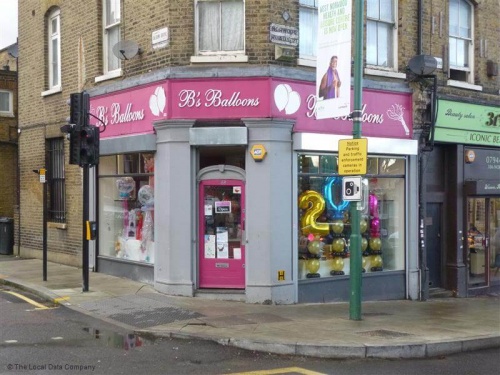 The first question had to be: “How did you get into this line of business?” Bev explains how she started by decorating family parties, making a room look good by adding floral centrepieces, dressing the tables, and positioning shaped balloons. She can still recall her very first centrepiece consisting of a candle holder, floristry ribbon, gyp and a rose. In 2003 she completed a wedding decorating course and took a beginners course with NABAS (the National Association of Balloon Artists and Suppliers). 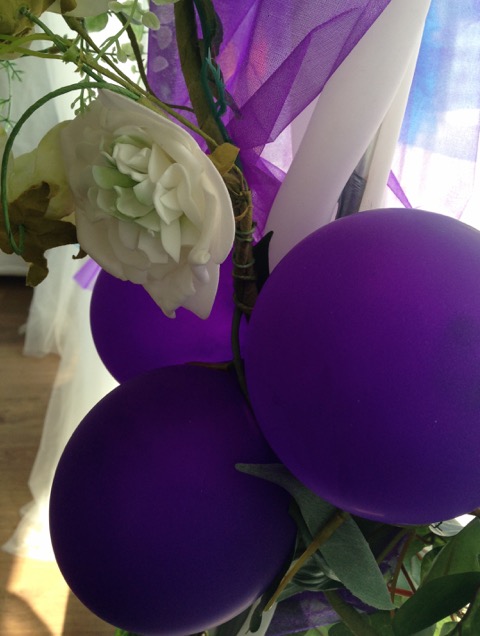 After the introduction to balloon work, she began using helium for displays, and it has gone from there, with Bev working for a shop in Fulham in 2008, doing the decoration for celebrations, and running her own business from home and in Croydon’s Surrey Street market. In 2010 Bev finally obtained the current premises. Being on the corner, the shop boasts two display windows – one of which Bev constantly redresses to showcase balloon creations. Bev smiles… passersby have been known to come in to compliment an arrangement or suggest it’s time for a new one! She remembers displaying a cumbersome Union Jack flag made of balloons for the Queen’s Jubilee. 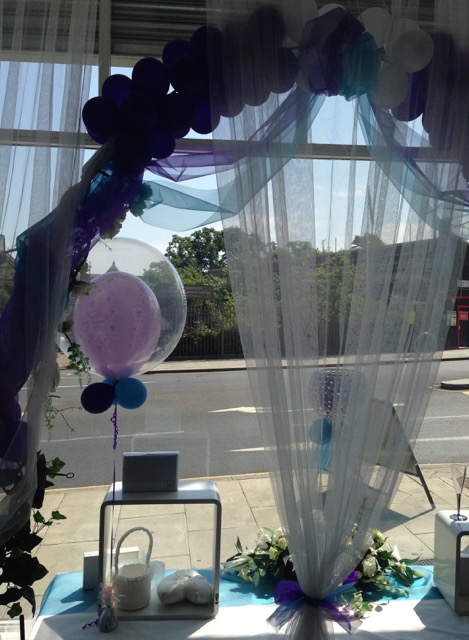 It became clear as the conversation progressed that there is a whole specialist world of balloon artistry that most of us don’t know about. Julie mentioned she has been twice to the International Balloon Artistry Convention, travelling to Chicago and Belgium to join the annual showcase of balloon sculptures. At the Belgian conference, she created an Egyptian Eye of Horus in a competition. Apparently the Japanese are known for creating balloon dresses… Julie swivelled the computer screen to show our intrigued reporter – you have to Google it! Bev comments “Julie excels at twisting” and they flipped open an industry magazine, Balloon Images, to demonstrate the type of creations demanding twisting. Bev has also made fantasy flowers just out of balloon latex. The day-to-day running of the business keeps Bev busy for long hours… particularly when they are decorating for a function – so much so that the next module of her Certified Balloon Artistry course is on the back burner, but Julie has completed the extensive training. 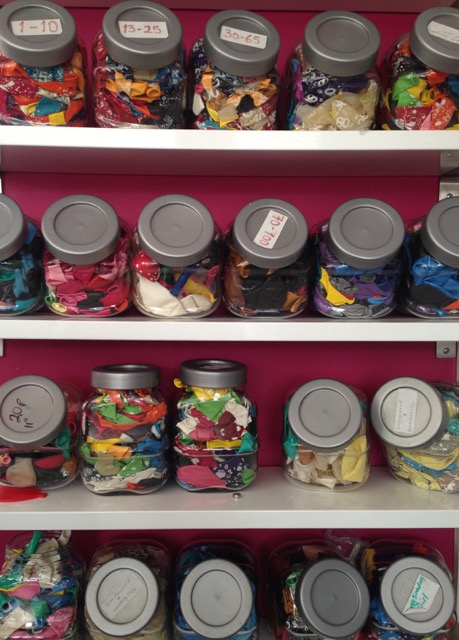 So, what has been the most memorable order? Bev pauses… 2,000 balloons for a film set about three years ago. The shoot was in Dulwich so she hired a van to deliver the balloons. It took six hours for two of them to hand-tie each balloon with a ribbon! Bev has also provided decorations to Stella McCartney… she thought it was a prank call until she was given the address. Generally, the most common, large, special occasion orders are for arches or columns of balloons. 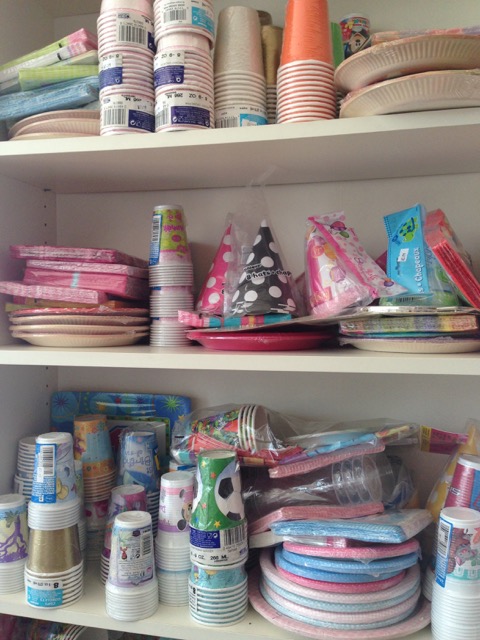 Aside from balloons, the shop sells the other items you might need for a celebration. You can order personalised banners, and buy cards, children’s birthday party ware, confetti, and party blowers. Bev offers children’s birthday packages that can be themed, including cake, favours, cups and plates. The shop also has a license to sell fireworks, which are kept under lock and key. These are popular four times a year: Diwali, bonfire night, Christmas and New Year. 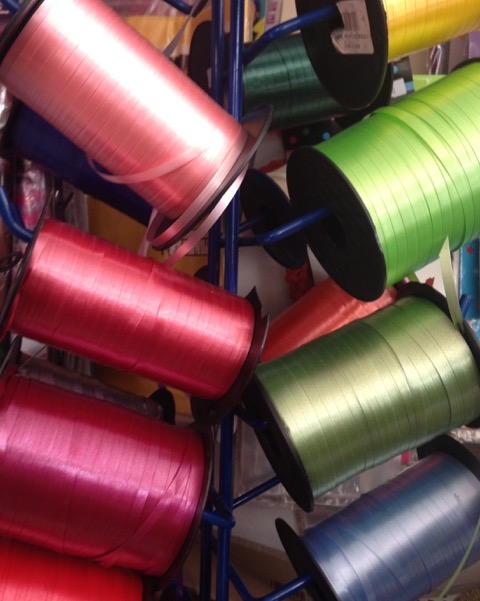 The most enjoyable part of the job? For Bev it is still the satisfaction of transforming a room for someone’s wedding or a christening. This is the event-decorating part of the business – dressing a whole room with flowers, chair covers, table linen and crockery. They do on average three christenings a month plus weddings, which are more seasonal. In addition, the proximity to the cemetery isn’t that incongruent because Bev and Julie decorate for funerals too. The functions can make for a long day. For a Saturday event they can be up into the early hours preparing. Bev comments the most recent wedding was in Croydon on a Sunday, and they started at 9.30 by dressing the Church with flowers and delivering the bridal arrangements. Unusually they had to cover all the chairs because the pews had been removed for refurbishment. Next they decorated the reception venue consisting of 14 tables and a head table. The work day lasted until 11.30pm when all the guests had gone and they could pack down. 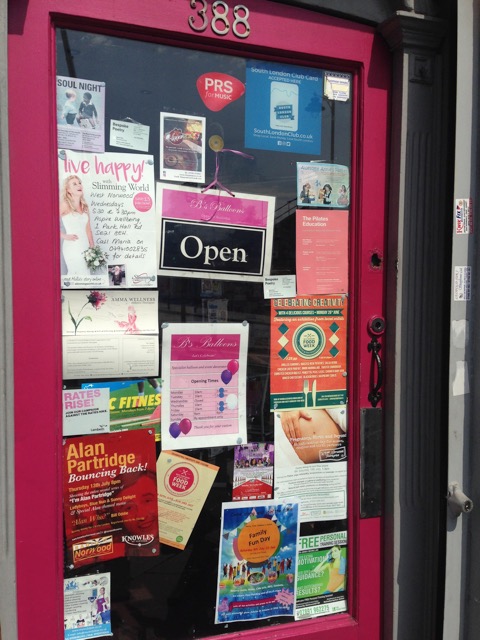 Throughout the interview there was a steady trickle of customers: a woman needing large foil “9” and “0” balloons for her mum’s 90th, which she was going to drive inflated to Cornwall; a young dad looking for a 1st birthday balloon; phone calls about functions; and someone collecting 20 helium balloons. 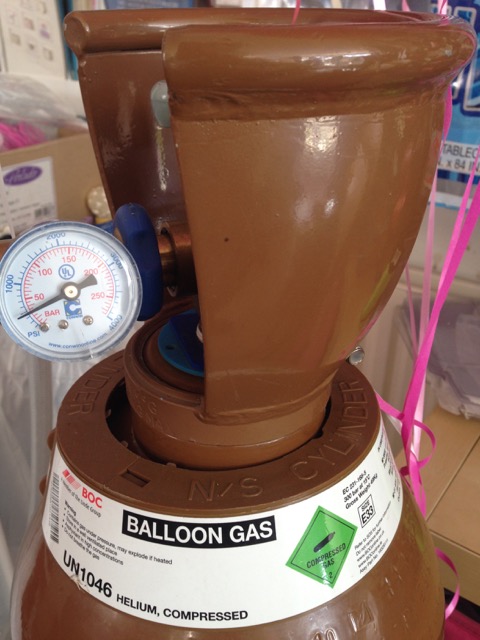 Bev comments how the quality of the balloon latex is important – it’s cheap online and the balloons don’t last, which can ruin an event. “You learn some tricks from years of experience”, Julie divulges. “In hot weather, don’t inflate to the full, as the balloons expand outside in the heat – they will all pop if you don’t know that!” There’s disappointing news for some of us… inhaling helium to entertain your friends with a squeaky cartoon voice is bad for you – if you take too big a breath, it deprives the brain of oxygen… now you know!

So any future plans for B’s Balloons? Bev responds without missing a beat – hopefully more corporate events and bigger premises to work in so they can create grander displays.